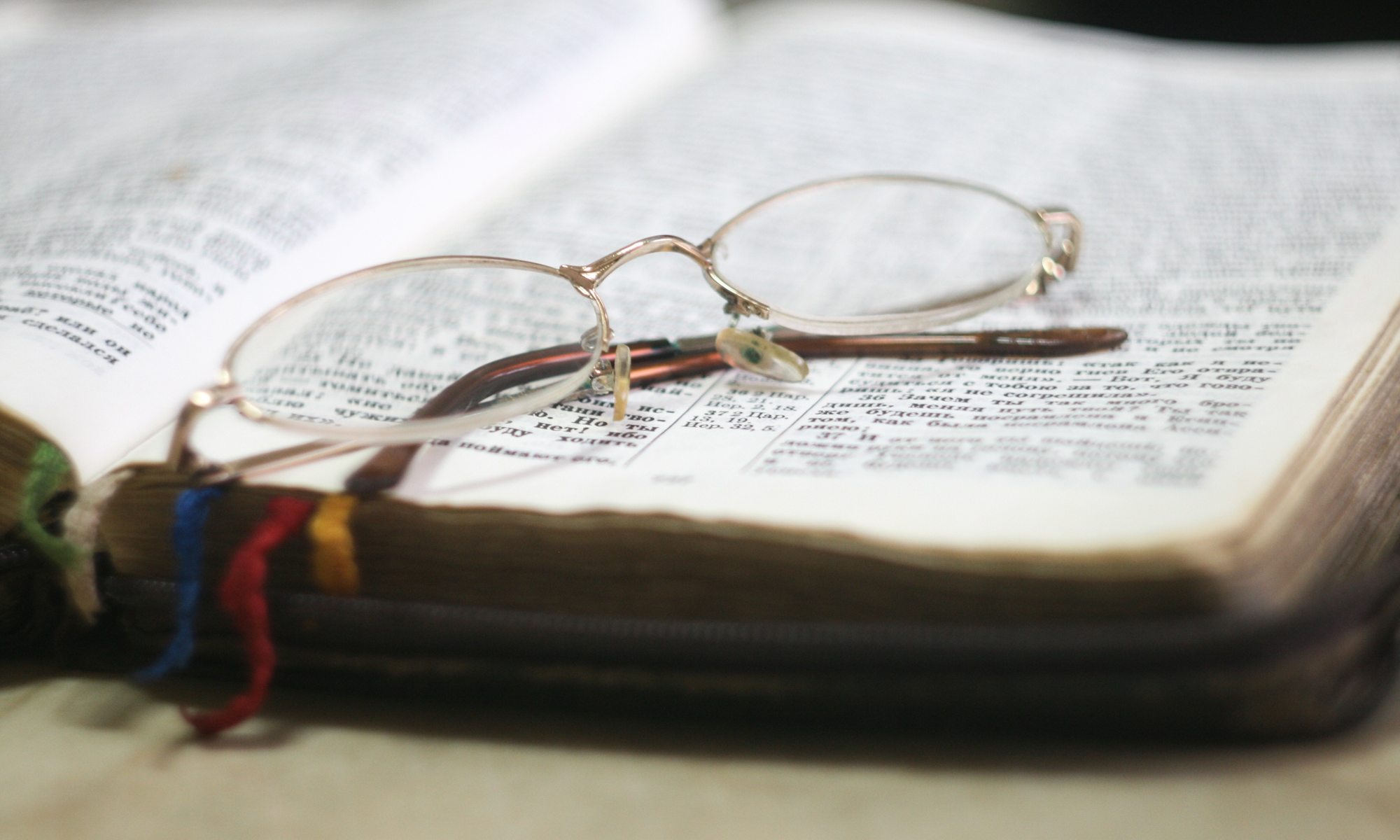 1 Then Naomi her mother in law said unto her, My daughter, shall I not seek rest for thee, that it may be well with thee?

2 And now is not Boaz of our kindred, with whose maidens thou wast? Behold, he winnoweth barley to night in the threshingfloor.

3 Wash thyself therefore, and anoint thee, and put thy raiment upon thee, and get thee down to the floor: but make not thyself known unto the man, until he shall have done eating and drinking.

4 And it shall be, when he lieth down, that thou shalt mark the place where he shall lie, and thou shalt go in, and uncover his feet, and lay thee down; and he will tell thee what thou shalt do.

5 And she said unto her, All that thou sayest unto me I will do.

6 And she went down unto the floor, and did according to all that her mother in law bade her.

7 And when Boaz had eaten and drunk, and his heart was merry, he went to lie down at the end of the heap of corn: and she came softly, and uncovered his feet, and laid her down.

8 And it came to pass at midnight, that the man was afraid, and turned himself: and, behold, a woman lay at his feet.

9 And he said, Who art thou? And she answered, I am Ruth thine handmaid: spread therefore thy skirt over thine handmaid; for thou art a near kinsman.

10 And he said, Blessed be thou of the Lord, my daughter: for thou hast shewed more kindness in the latter end than at the beginning, inasmuch as thou followedst not young men, whether poor or rich.

11 And now, my daughter, fear not; I will do to thee all that thou requirest: for all the city of my people doth know that thou art a virtuous woman.

12 And now it is true that I am thy near kinsman: howbeit there is a kinsman nearer than I.

14 And she lay at his feet until the morning: and she rose up before one could know another. And he said, Let it not be known that a woman came into the floor.

15 Also he said, Bring the veil that thou hast upon thee, and hold it. And when she held it, he measured six measures of barley, and laid it on her: and she went into the city.

16 And when she came to her mother in law, she said, Who art thou, my daughter? And she told her all that the man had done to her.

17 And she said, These six measures of barley gave he me; for he said to me, Go not empty unto thy mother in law.

18 Then said she, Sit still, my daughter, until thou know how the matter will fall: for the man will not be in rest, until he have finished the thing this day.

1 Then went Boaz up to the gate, and sat him down there: and, behold, the kinsman of whom Boaz spake came by; unto whom he said, Ho, such a one! turn aside, sit down here. And he turned aside, and sat down.

2 And he took ten men of the elders of the city, and said, Sit ye down here. And they sat down.

3 And he said unto the kinsman, Naomi, that is come again out of the country of Moab, selleth a parcel of land, which was our brother Elimelech’s:

4 And I thought to advertise thee, saying, Buy it before the inhabitants, and before the elders of my people. If thou wilt redeem it, redeem it: but if thou wilt not redeem it, then tell me, that I may know: for there is none to redeem it beside thee; and I am after thee. And he said, I will redeem it.

5 Then said Boaz, What day thou buyest the field of the hand of Naomi, thou must buy it also of Ruth the Moabitess, the wife of the dead, to raise up the name of the dead upon his inheritance.

7 Now this was the manner in former time in Israel concerning redeeming and concerning changing, for to confirm all things; a man plucked off his shoe, and gave it to his neighbour: and this was a testimony in Israel.

8 Therefore the kinsman said unto Boaz, Buy it for thee. So he drew off his shoe.

9 And Boaz said unto the elders, and unto all the people, Ye are witnesses this day, that I have bought all that was Elimelech’s, and all that was Chilion’s and Mahlon’s, of the hand of Naomi.

11 And all the people that were in the gate, and the elders, said, We are witnesses. The Lord make the woman that is come into thine house like Rachel and like Leah, which two did build the house of Israel: and do thou worthily in Ephratah, and be famous in Beth–lehem:

12 And let thy house be like the house of Pharez, whom Tamar bare unto Judah, of the seed which the Lord shall give thee of this young woman.

13 So Boaz took Ruth, and she was his wife: and when he went in unto her, the Lord gave her conception, and she bare a son.

14 And the women said unto Naomi, Blessed be the Lord, which hath not left thee this day without a kinsman, that his name may be famous in Israel.

15 And he shall be unto thee a restorer of thy life, and a nourisher of thine old age: for thy daughter in law, which loveth thee, which is better to thee than seven sons, hath born him.

16 And Naomi took the child, and laid it in her bosom, and became nurse unto it.

17 And the women her neighbours gave it a name, saying, There is a son born to Naomi; and they called his name Obed: he is the father of Jesse, the father of David.

18 Now these are the generations of Pharez: Pharez begat Hezron,

1 Paul, an apostle, (not of men, neither by man, but by Jesus Christ, and God the Father, who raised him from the dead;)

2 And all the brethren which are with me, unto the churches of Galatia:

3 Grace be to you and peace from God the Father, and from our Lord Jesus Christ,

4 Who gave himself for our sins, that he might deliver us from this present evil world, according to the will of God and our Father:

5 To whom be glory for ever and ever. Amen.

6 I marvel that ye are so soon removed from him that called you into the grace of Christ unto another gospel:

7 Which is not another; but there be some that trouble you, and would pervert the gospel of Christ.

8 But though we, or an angel from heaven, preach any other gospel unto you than that which we have preached unto you, let him be accursed.

9 As we said before, so say I now again, If any man preach any other gospel unto you than that ye have received, let him be accursed.

10 For do I now persuade men, or God? or do I seek to please men? for if I yet pleased men, I should not be the servant of Christ.

11 But I certify you, brethren, that the gospel which was preached of me is not after man.

12 For I neither received it of man, neither was I taught it, but by the revelation of Jesus Christ.

13 For ye have heard of my conversation in time past in the Jews’ religion, how that beyond measure I persecuted the church of God, and wasted it:

14 And profited in the Jews’ religion above many my equals in mine own nation, being more exceedingly zealous of the traditions of my fathers.

15 But when it pleased God, who separated me from my mother’s womb, and called me by his grace,

16 To reveal his Son in me, that I might preach him among the heathen; immediately I conferred not with flesh and blood:

17 Neither went I up to Jerusalem to them which were apostles before me; but I went into Arabia, and returned again unto Damascus.

18 Then after three years I went up to Jerusalem to see Peter, and abode with him fifteen days.

19 But other of the apostles saw I none, save James the Lord’s brother.

20 Now the things which I write unto you, behold, before God, I lie not.

21 Afterwards I came into the regions of Syria and Cilicia;

22 And was unknown by face unto the churches of Judaea which were in Christ:

23 But they had heard only, That he which persecuted us in times past now preacheth the faith which once he destroyed.

24 And they glorified God in me.