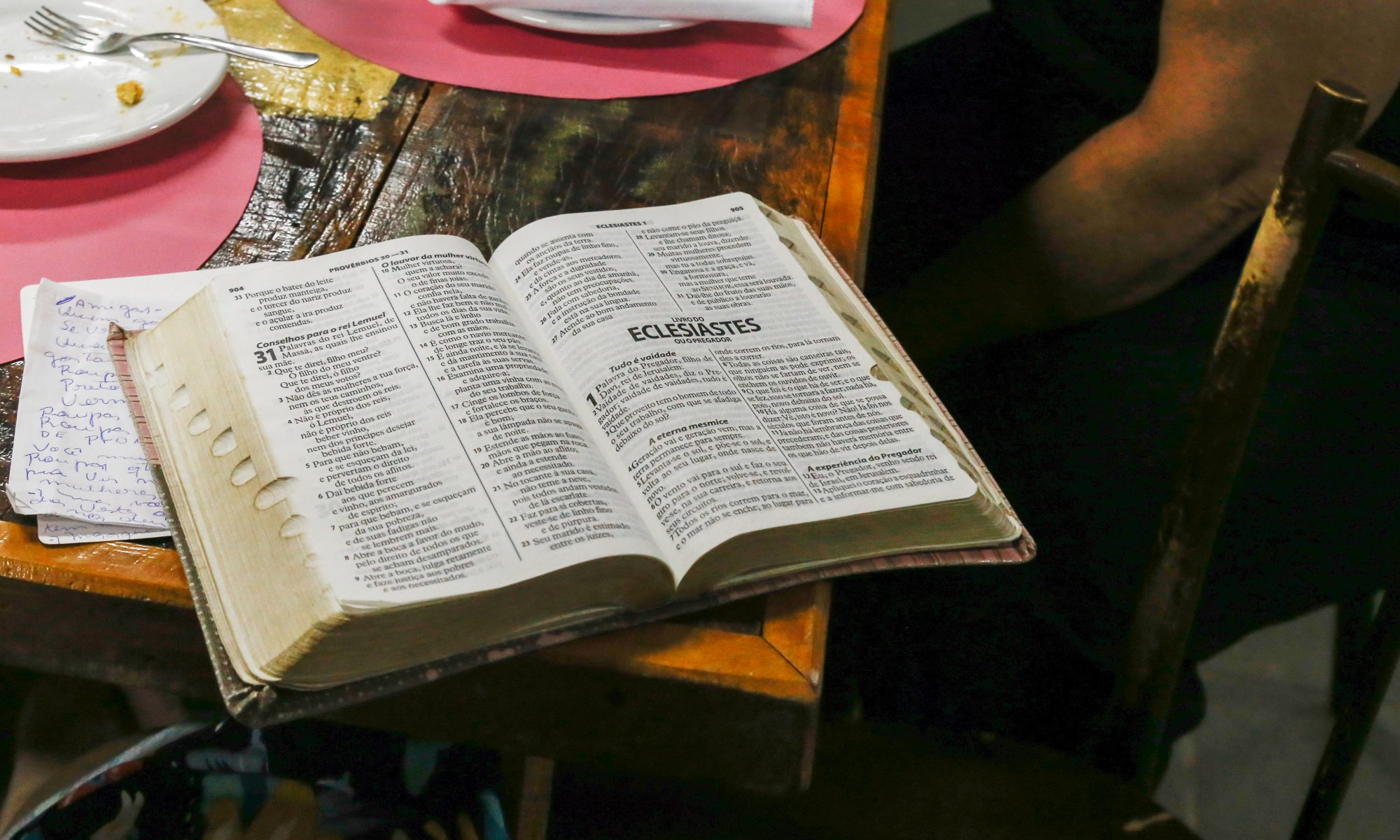 1 What shall we say then? Shall we continue in sin, that grace may abound?

2 God forbid. How shall we, that are dead to sin, live any longer therein?

4 Therefore we are buried with him by baptism into death: that like as Christ was raised up from the dead by the glory of the Father, even so we also should walk in newness of life.

6 Knowing this, that our old man is crucified with him, that the body of sin might be destroyed, that henceforth we should not serve sin.

7 For he that is dead is freed from sin.

8 Now if we be dead with Christ, we believe that we shall also live with him:

9 Knowing that Christ being raised from the dead dieth no more; death hath no more dominion over him.

10 For in that he died, he died unto sin once: but in that he liveth, he liveth unto God.

11 Likewise reckon ye also yourselves to be dead indeed unto sin, but alive unto God through Jesus Christ our Lord.

12 Let not sin therefore reign in your mortal body, that ye should obey it in the lusts thereof.

14 For sin shall not have dominion over you: for ye are not under the law, but under grace.

15 What then? shall we sin, because we are not under the law, but under grace? God forbid.

16 Know ye not, that to whom ye yield yourselves servants to obey, his servants ye are to whom ye obey; whether of sin unto death, or of obedience unto righteousness?

17 But God be thanked, that ye were the servants of sin, but ye have obeyed from the heart that form of doctrine which was delivered you.

18 Being then made free from sin, ye became the servants of righteousness.

20 For when ye were the servants of sin, ye were free from righteousness.

22 But now being made free from sin, and become servants to God, ye have your fruit unto holiness, and the end everlasting life.

23 For the wages of sin is death; but the gift of God is eternal life through Jesus Christ our Lord.

1 Know ye not, brethren, (for I speak to them that know the law,) how that the law hath dominion over a man as long as he liveth?

2 For the woman which hath an husband is bound by the law to her husband so long as he liveth; but if the husband be dead, she is loosed from the law of her husband.

4 Wherefore, my brethren, ye also are become dead to the law by the body of Christ; that ye should be married to another, even to him who is raised from the dead, that we should bring forth fruit unto God.

5 For when we were in the flesh, the motions of sins, which were by the law, did work in our members to bring forth fruit unto death.

6 But now we are delivered from the law, that being dead wherein we were held; that we should serve in newness of spirit, and not in the oldness of the letter.

8 But sin, taking occasion by the commandment, wrought in me all manner of concupiscence. For without the law sin was dead.

9 For I was alive without the law once: but when the commandment came, sin revived, and I died.

10 And the commandment, which was ordained to life, I found to be unto death.

11 For sin, taking occasion by the commandment, deceived me, and by it slew me.

12 Wherefore the law is holy, and the commandment holy, and just, and good.

14 For we know that the law is spiritual: but I am carnal, sold under sin.

16 If then I do that which I would not, I consent unto the law that it is good.

17 Now then it is no more I that do it, but sin that dwelleth in me.

18 For I know that in me (that is, in my flesh,) dwelleth no good thing: for to will is present with me; but how to perform that which is good I find not.

19 For the good that I would I do not: but the evil which I would not, that I do.

21 I find then a law, that, when I would do good, evil is present with me.

22 For I delight in the law of God after the inward man:

24 O wretched man that I am! who shall deliver me from the body of this death?

25 I thank God through Jesus Christ our Lord. So then with the mind I myself serve the law of God; but with the flesh the law of sin.

1 There is therefore now no condemnation to them which are in Christ Jesus, who walk not after the flesh, but after the Spirit.

2 For the law of the Spirit of life in Christ Jesus hath made me free from the law of sin and death.

3 For what the law could not do, in that it was weak through the flesh, God sending his own Son in the likeness of sinful flesh, and for sin, condemned sin in the flesh:

4 That the righteousness of the law might be fulfilled in us, who walk not after the flesh, but after the Spirit.

7 Because the carnal mind is enmity against God: for it is not subject to the law of God, neither indeed can be.

8 So then they that are in the flesh cannot please God.

10 And if Christ be in you, the body is dead because of sin; but the Spirit is life because of righteousness.

12 Therefore, brethren, we are debtors, not to the flesh, to live after the flesh.

13 For if ye live after the flesh, ye shall die: but if ye through the Spirit do mortify the deeds of the body, ye shall live.

14 For as many as are led by the Spirit of God, they are the sons of God.

15 For ye have not received the spirit of bondage again to fear; but ye have received the Spirit of adoption, whereby we cry, Abba, Father.

16 The Spirit itself beareth witness with our spirit, that we are the children of God:

17 And if children, then heirs; heirs of God, and joint-heirs with Christ; if so be that we suffer with him, that we may be also glorified together.

18 For I reckon that the sufferings of this present time are not worthy to be compared with the glory which shall be revealed in us.

20 For the creature was made subject to vanity, not willingly, but by reason of him who hath subjected the same in hope,

21 Because the creature itself also shall be delivered from the bondage of corruption into the glorious liberty of the children of God.

22 For we know that the whole creation groaneth and travaileth in pain together until now.

23 And not only they, but ourselves also, which have the firstfruits of the Spirit, even we ourselves groan within ourselves, waiting for the adoption, to wit, the redemption of our body.

24 For we are saved by hope: but hope that is seen is not hope: for what a man seeth, why doth he yet hope for?

25 But if we hope for that we see not, then do we with patience wait for it.

26 Likewise the Spirit also helpeth our infirmities: for we know not what we should pray for as we ought: but the Spirit itself maketh intercession for us with groanings which cannot be uttered.

27A nd he that searcheth the hearts knoweth what is the mind of the Spirit, because he maketh intercession for the saints according to the will of God.

28 And we know that all things work together for good to them that love God, to them who are the called according to his purpose.

29 For whom he did foreknow, he also did predestinate to be conformed to the image of his Son, that he might be the firstborn among many brethren.

31 What shall we then say to these things? If God be for us, who can be against us?

32 He that spared not his own Son, but delivered him up for us all, how shall he not with him also freely give us all things?

33 Who shall lay any thing to the charge of God’s elect? It is God that justifieth.

34 Who is he that condemneth? It is Christ that died, yea rather, that is risen again, who is even at the right hand of God, who also maketh intercession for us.

35 Who shall separate us from the love of Christ? shall tribulation, or distress, or persecution, or famine, or nakedness, or peril, or sword?

36 As it is written, For thy sake we are killed all the day long; we are accounted as sheep for the slaughter.

37 Nay, in all these things we are more than conquerors through him that loved us.

38 For I am persuaded, that neither death, nor life, nor angels, nor principalities, nor powers, nor things present, nor things to come,

39 Nor height, nor depth, nor any other creature, shall be able to separate us from the love of God, which is in Christ Jesus our Lord.