As I begin this article, it is late-November, in West Tennessee where I live. That means the temperatures are getting cooler and the leaves on the trees are changing from their summer green to the beautiful gold, orange, and red colors that I enjoy so much during this season. It’s not long after changing colors that the leaves begin to do something else that only happens during this time of year. Not only do they turn colors, they also turn loose! And when they do, somebody has to rake those beautiful leaves up after they fall.

I don’t mind the task of raking up the leaves. It has several benefits. It gets me away from my desk and outside to enjoy some fresh air and is a great form of exercise (something that, according to my doctor, I’m not getting enough of these days) while accomplishing something meaningful. Okay. I may have stretched it a bit on that last point. However, there is a certain sense of accomplishment that I feel after the job is done and I survey the result of my efforts.

On top of all of this, and lest I forget, my wife has been hinting daily for well over a week that we could  hire one of the neighborhood boys to come over and blow off the driveway? So, there’s also that. After careful consideration, and in light of all of these obvious benefits, rather than sitting in my warm office enjoying a hot cup of coffee and a good book on this chilly morning, I am raking leaves.

The word epiphany is an interesting word. It is defined by Webster as a moment of sudden intuitive understanding. It’s a flash of enlightenment, if you will. It doesn’t happen to me on a regular basis but when it does, I take note and walk away, hopefully, a better man.

One early epiphany I remember having was when I was in the third grade at Nancy Hill Elementary School in Aurora, Illinois. I was walking to school on a very cold day. It was the kind of cold that allowed you to watch the steam from your breath until it was at least three feet or more from your mouth before it vanished. There was a lot of snow on the ground so as I approached the school yard I decided to take the shortcut through the baseball field and play ground.

Nancy L. Hill Elementary School, Aurora, Illinois  This is what it looked like in 1959–1967 when I attended Kindergarten through 6th grade there. I can still name all of the homeroom teachers I had there except for kindergarten: 1st-Ms. Lambert, 2nd-Ms. Evans, 3rd-Ms. Gabby, 4th-Ms. Stephens, 5th-Mr. Lathrop, 6th-Mr. Foster

Though very cold, the sun was bright and the skies were clear. As I approached the baseball field, I noticed that the backstop glistened in the sunlight due to the heavy amount of frost that had grown on the galvanized metal poles and fencing over night. I was so mesmerized by its appearance that I felt compelled to stop for a closer look.

The layer of frost was indeed very thick and looked wonderful. I began to use my fingernails to scrape the frost off the pole and into my hand and then into my mouth. I had stumbled onto a previously unknown pleasure of the winter season.  It was like eating snow, but without the ever so slight hesitation caused by knowing it had been on the ground.

I realized after a few very small helpings that I was losing quite a bit of my frosty treat due to the heat in my hand. What to do? Thankfully, my business acumen was evident even at this early age. I determined the best way to solve my dilemma was to cut out the middle man (or in this case hands).

Did you know that licking a frost-covered metal pole with a wet tongue when the outside temperature is well below freezing can result in that tongue sticking to the pole—causing the owner of the tongue to jerk his head back in sudden surprise thereby leaving a thin portion of his tongue on the pole?

Now, let’s get back to those leaves. While raking, and about 30 minutes into my labor of love, I had another of those rare epiphanies. Like epiphanies do, it just came suddenly out of nowhere and was staring me right in the face. I was forced by my rapid heart rate and heavy breathing to admit, “The Doc” was right!

Due to the circumstances just described, I headed to the shed to retrieve a lawn chair to assist in my recovery and further efforts. As I sat there catching my breath, I began to reminisce about days gone by. I used to love to run distance races when I was in Junior High and High School. In those days it seemed I could run forever without stopping. Now, here I am at 66 and I sit huffing and puffing as though I had just finished one of those races. (And I still had more than 75% of my yard remaining to rake.) I was forced to at least partially identify with a song from years gone by and recorded by Collins & Harlan way back in 1917:  “The Old Grey Mare”.* Like her, I’m old. I’m grey. And, I ain’t what I used to be.**  (The word epiphany again comes to mind here.)

As I sat there in the middle of my yard I began to reflect on my life and some of the things I’ve learned along the way. Life’s passage has often been compared to the passing of the seasons of the year. The spring represents our birth and early development or, at least here in the United States, a time when, typically, we have not a care in the world.

Summer coincides with our early adulthood. It’s during this time that we are full of energy and ideas. We feel almost invincible. We generally make quick decisions. When the decisions turn out right, we celebrate big-time. If we discover that, somehow, we have missed the mark, or our plans have not come to fruition as we anticipated, it’s not unusual to view those decisions as catastrophic and to be overwhelmed with the unsubstantiated feeling that our personal world may very well be coming to an end. 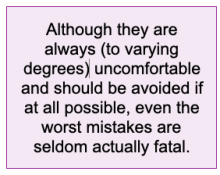 The fall best corresponds to our mid to late adult life. By this time our decision rate has slowed markedly, as we have learned, by experience, that the first impression does not always make the best decision. We have lived through many mistakes by this time and have also discovered that, although they are always (to varying degrees) uncomfortable and should be avoided if at all possible, even the worst mistakes are seldom actually fatal.

Are you ready for another epiphany? It is during this season of living that the most astute of life’s students realize that, while it is both exciting and gratifying to set and hit personal goals and milestones; it is equally, if not more rewarding to help equip others to set and surpass their own dreams, goals, and milestones—that the really important investments are made when pouring one’s self into others. This is, perhaps, the most noble calling in all of life. It is the individual who recognizes this, and who alters his or her life’s course to a corresponding degree, that enters into the final season of life with the most joy.

While the previous three seasons can be more or less defined by the number of years lived. Winter, in my opinion, is defined more by an attitude of the heart rather than in the number of days spent circling the sun.

And, one final epiphany. The truth is this: your winter season weather is going to be determined by two things: the aforementioned “important” investments that you have made during the previous season(s) of life; and your mindset. It’s impossible to overstate the tremendous importance found in the outpouring of our time, effort, and energy into the lives that the Lord has assigned to our circle of influence—our children, younger ministers, students, or other people whom we have mentored.

Winter is a time when we can observe from a distance those precious individuals whose spiritual, physical, and social growth the Lord assigned to us at some point in our journey. The wise men and women who have reached this season of life will be found sitting peacefully and making themselves as available as possible to those who they have mentored over the years, not intruding or being overbearing—just being available (when sought) to provide a word of encouragement, a word of wisdom, and at all times offering the prayer of faith.

P.S. I just remembered the time as a young child when I had another epiphany! I stuck one of my mom’s metal hair pins (“bobbie pin”) into an electrical socket. Maybe I’ll save that one for a follow-up article.

**—It was during this and the subsequent rest periods taken on this day while raking leaves that I came up with the thoughts and memories that formulated this article and during which time I wrote the first three paragraphs and an outline. I guess fresh air IS good for you! An additional thank you to my iPhone is also due here.